Gregory Hasek started his career in the counseling field working with adolescents in various residential treatment facilities, wilderness camps etc. This work took place for several years in the late 80's and early 90's. He received his A.S. degree in Outdoor Recreation in 1983 and later his B.S. degree in Outdoor Recreation in 1991 from Montreat College in Montreat, North Carolina. He then attended George Fox University in Portland, Oregon from 1995-1998 and received his Masters degree in Marriage and Family Therapy. He has been a Licensed Professional Counselor in Oregon since 2004. He has also been the executive director of a Christian non-profit counseling agency called Misty Mountain Family Counseling Center since 2004 in Portland, Oregon, until his recent move to Southwest Florida in 2015. He has been a Licensed Mental Health Counselor in the state of Florida since 2015. He is also a Florida Qualified Supervisor for both Registered Mental Health Counseling and Marriage and Family Interns.

He has a passion for working with couples where one or both have had trauma in their past. His desire is to help couples move from being in a destructive cycle of interaction to one of healing at a deeper attachment level, where emotional needs are both expressed and met. He believes that couples can either "rewound each other from childhood" or they can help "heal each other from childhood". He also has a passion for using not only music as a tool in counseling but other alternative treatments such expressive and experiential therapies to help heal the body, mind, emotions and spirit. Since 2004, he has specialized in working with individuals, couples and families who have been affected by sex addiction, pornography and post abortion issues for men and women.

In addition to providing counseling, Mr. Hasek enjoys teaching and presenting at workshops. He has previously taught in George Fox University's Graduate School of Counseling for six years from 2005 to 2011. He is a frequent and highly requested national speaker. He presents at numerous conferences and workshops across the country on issues related to sex addiction and post abortion issues in men. In 2005, he organized the first ever men’s summit in the United States to specifically address how abortion affects men. Since then he has been involved with others in developing The Men and Abortion Network, which is a national organization with a mission to create both awareness and healing for men who have lost a child due to abortion. Mr. Hasek has spoken at numerous conferences over the years, including National Right to Life conventions. He was one of the featured speakers at “Reclaiming Fatherhood,” an international conference on men and abortion, which took place in 2007 and 2008. He has received international attention for his work on men and abortion issues and has presented in Australia in 2012, and at the World Congress on the Family in Barbados in 2016. He is a founding member of the Crisis Pregnancy and Abortion Recovery Division of the American Association of Christian Counselors. He has also recently developed an organization called the American Association of Therapists Treating Abortion Related Trauma, which has a goal of developing evidenced based treatment programs for abortion related trauma. 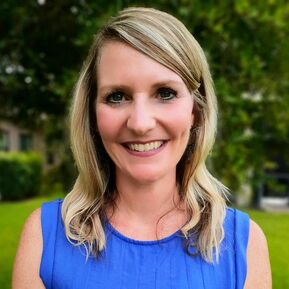 Courtney Newbery received her Masters in Biblical Counseling from Dallas Theological Seminary in 2008. Her heart and passion is to see people find healing and hope through the power of Christ.

Spending a majority of her younger years on the stage, Courtney always believed that theater was her calling. She graduated with a BA in Musical Theatre and Broadcast Journalism from the University of Southern California in Los Angeles. It was after her undergrad program, however, that God showed her what He had in store.

Courtney joined the staff of Campus Crusade for Christ (CRU) in 2001, where she helped to lead a ministry of college students in California. Her primary role in this position was to mentor and disciple young women, walking them through many issues related to faith and life. She helped college women who were struggling with eating disorders, body image, self-worth, anxiety and relationships. After several years with CRU, Courtney developed a heart and love for helping people change and decided to pursue seminary to give her the training necessary to more effectively counsel others.

Courtney has been a Licensed Mental Health Counselor in Florida since 2010. She has worked in a hospice setting and specializes in the areas of grief and loss. She has helped those with  terminal illnesses to work through their emotions as they navigate the circumstances of their physical condition.  Courtney has supported families as they processed the reality of a terminally ill loved one.

She also has experience with clients in a community mental health environment, focusing on anxiety and depression. Courtney has treated mood and panic disorders.  Having worked with all ages, from children to adults, she has helped clients walk through challenging relationship issues and is a gifted mediator in family conflict, including parent-child relationships.

Courtney believes that God’s Word is our ultimate guide to life and that when integrated with counseling therapy in a healthy and safe environment, lasting change and growth are possible. ​

Julie is a Licensed Marriage and Family Therapist in Florida, Colorado and Hawaii. Julie is a tested educator and a model Experiential Family Therapist with a proven impact on communities, organizations, families, and individuals.
​
​Julie began her professional career as an elementary school teacher. Years later, after her youngest son graduated from high school, Julie felt led to go back to college and get a Masters degree in Marriage and Family Therapy. As a clinician, Julie spent several years working with victims and survivors of intimate partner violence. Julie remains especially passionate about helping victims and survivors of sexual abuse and domestic violence. With a systems perspective, she believes it is important to help the families, as well.​

Julie spent years traveling the world with her husband while he was active duty in the United States Air Force. A former military spouse, Julie is a strong supporter of our military and is committed to helping military families, veterans, and retirees. While in Hawaii, Julie worked as a Military Family Life Counselor in the schools assisting military children and their families with the unique day to day challenges of military life.

Julie Daubenspeck is a devoted follower of Jesus Christ. A pastor’s daughter, she grew up in the church and experienced true faith and also hypocrisy.  Like so many, Julie was broken at an early age. In her pain and desperation, she ran to Jesus. He carried her through her darkest days and later through a deep healing and restoration period. Today, Julie is a wife, mother, grandmother, teacher, speaker, therapist, and a woman who has experienced the immense grace of God.  ​
​
Julie has been married to her wonderful husband, Vince, for 34 years. They have three adult children, their wonderful spouses, and seven energetic grandchildren. Both Julie and Vince are authors and have published several books. You can check out their books at humptydumptybook.com. Together, they are passionate about helping others find hope and healing with our King.

Bernadette Russo is a counselor with passion and dedication to her clients. She has a Bachelor’s Degree in Psychology from Ave Maria University and a Master’s Degree in Clinical Mental Health Counseling from Franciscan University of Steubenville, which is a CACREP accredited Christian University.

Her mission in treatment is to create a genuine and safe atmosphere for her clients to tackle any of the challenges they are facing in life. The biggest predictor for clients in successfully reaching their therapeutic goals is the client-therapist relationship, so trust and communication are her priorities. At times she may challenge her clients, but at the same time, she gives her clients tools, provides support, offers warmth and a sense of  humor. She will incorporate faith into whatever degree clients feel comfortable. The treatment plan will be tailored to client's unique abilities and needs.

She started her career providing therapy for individuals in crisis and detox. She continued with group and individual therapy to adults struggling with drug and alcohol addiction in West Virginia, which has the highest age-adjusted rate of drug overdose deaths involving opioids of any state. She then joined a group practice in Pittsburgh, where she provided effective individual therapy to teens and adults (from ages 13- 84) with a broad scope of challenges. She has experience offering in-home therapy to children and families struggling with oppositional behavior and high levels of conflict.

Cognitive Behavioral Therapy, mindfulness-based strategies, and solution focused therapies are some of the approaches that she has have found most effective. PTSD/trauma, depression, anxiety, phobias, obsessive compulsive disorder, personality disorders, stress management, substance use disorders, conflict resolution and anger management are a just some of the areas in which she has provided psychotherapeutic services. ​

​McKenzie Liskey is a counselor intern who is currently pursuing her Master of Arts degree in Clinical Mental Health Counseling at Florida Gulf University, a CACREP accredited University. She graduated from the University of Florida in 2018 with a Bachelor of Science degree in Family, Youth, and Community Sciences. She will graduate in December 2020, with her master’s degree and plans to then pursue her clinical hours in order to become a Licensed Mental Health Counselor in the state of Florida.

McKenzie practices an eclectic approach that is tailored to an individual’s needs. She attempts to use a theoretical approach that fits with both the client’s personality and presenting issues in counseling. She likes to also focus on a client’s strengths as well as addressing the problems they are coming to counseling with. McKenzie strives to create a safe and comfortable space to focus on treating the whole person by addressing mind, body and spirit. McKenzie values having a strong client-therapist relationship where trust and empathy prosper.
​
McKenzie knew from a young age that she was “called” to be a mental health counselor and has been pursuing her calling ever since. She has a passion to serve others and strives to create a counseling experience that is inviting and warm. In her work with clients, she seeks to integrate both psychology and theology, when a client wants that as part of their treatment.
Powered by